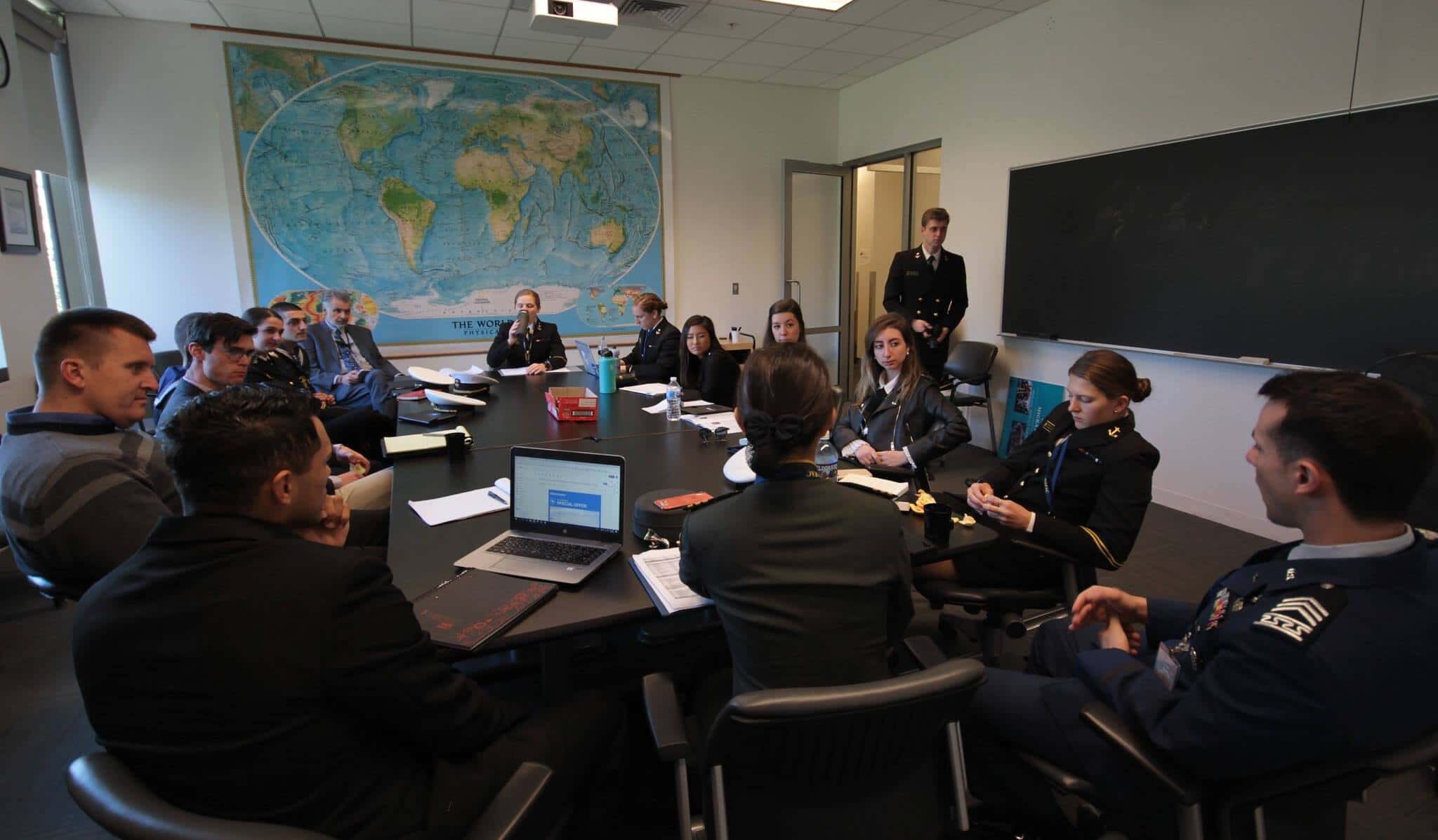 Join fellow international students for once-in-a-lifetime chance to network, share your views, and visit a part of the U.S. many locals never get to see!

The Naval Academy Foreign Affairs Conference (NAFAC) has been held annually since 1960. The conference is a mix of speeches and panels featuring high-ranking military and civilian leaders, as well as discussion roundtables and social events. Past speakers have included former U.S. Presidents George Bush and Bill Clinton, former U.S. Secretary of Defense Robert Gates, and former U.S. Secretary of State Hillary Rodham Clinton. At their discussion sessions, delegates will get the opportunity to react to the contents of the speeches, to more personally meet other delegates, and to guide the conversation by voicing their opinion on the many subtopics related to the conference theme. Around 1-3 international delegates will be assigned to each roundtable, along with student delegates from civilian and military institutions from around the United States.

One To World’s delegation plays a special role in this prestigious foreign affairs conference by adding a critical international perspective to the student deliberations on U.S. foreign policy. As international student participants, One To World delegates enrich the conference with their various national and cultural perspectives, as well as their academic experience. In turn, American undergraduate conference participants and midshipmen from the Naval Academy share their cultural, political, and educational views with One To World’s delegates in an exciting academic and social setting.

Space is limited and attendees are hand-selected through an application process. Applications will open in 2022. Stay tuned!